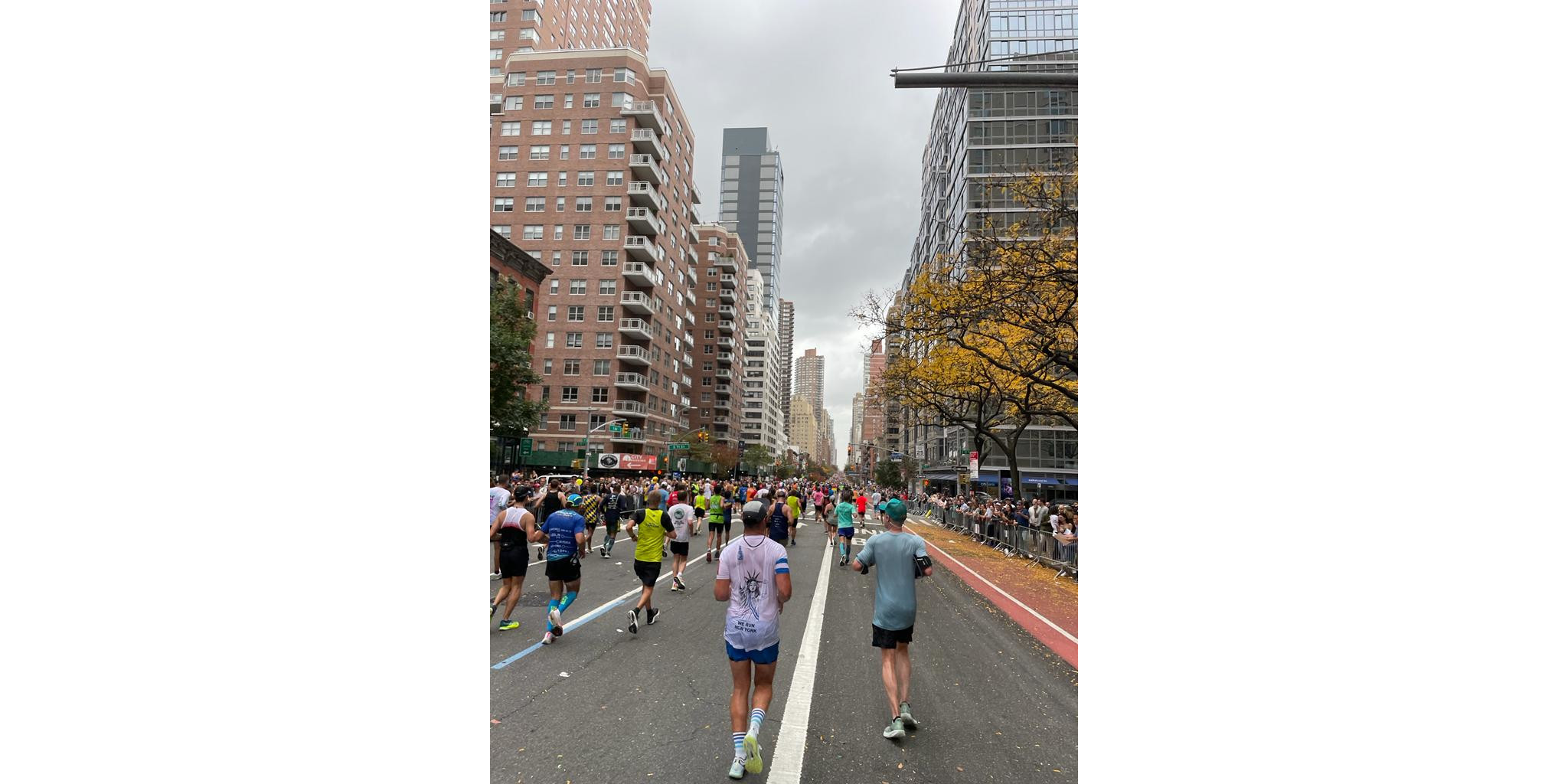 I decided to run a marathon. Maybe I was a bit crazy. Maybe it was the perfect challenge, but this post isn’t about pounding out the 42.2 km. It’s about challenges in a wider sense. In life, in business and in the world itself. It’s about how we tackle them and the lessons we learn.

Challenges aren’t new to me. I’ve grown a business and recovered from spinal surgery. I know I have grit and determination. Like countless others, I’ve coped with things that started off seeming impossible, but proved perfectly doable when you keep two things in mind: the goal itself and the understanding that you may well have to redraft all your plans on the way to achieving it.

When, at the end of 2019, I made my big announcement that I was going to run the New York Marathon, I was making a commitment. I’d gone public. I was serious. But global events weren’t bothered about my intent. A few months later, the world shut down. Events were cancelled. The US closed its borders. Despite my lofty ambitions, my lockdown training became a jog around the kitchen.

The pandemic was a perfect example of the unexpected. Dates came and went. No one knew what would be possible or when. But here’s the thing: the goal remained.

In business we often hear the phrase It’s a Marathon, not a Sprint. While something of a cliché, it’s a tough thing for someone who is always driving forward to feel comfortable with that idea of slow, steady progress. It’s easy to get wrapped up in this never-ending push for tomorrow. Trying to improve and learn from today is how we prepare for the future. I wasn’t immune to the frustration of having my goal of crossing a marathon finishing line subject to events I couldn’t control, but it did allow me to reflect.

Reflection is a valuable aid in making progress. I’ve got into the habit of hanging around each Christmas Eve before I leave the office, looking at the empty desks. In the stillness, I think about what’s been achieved in the past year. Our people, their growth personally and professionally; the community and the team we have become; our clients, secure and thriving, we hope in some small part by having Lantech on their team; our growth and our uncompromised values and core mission.

Our growth has been rapid, from two desks to twenty plus in a few short years, but it hasn’t been a sprint. It’s been more like training for the marathon. Steady, careful, with the goal in mind, recognising progress, and adopting routines that work. At Lantech, we employ a structured management system which builds in reflection and celebrates achievements. We learn from issues and mistakes, we set strategic goals for the business and our team. We have a culture of inclusion and accountability, and a process built on weekly, monthly, quarterly and annual objectives. Much like training for a marathon it has both the Big Hairy Goals and the smaller ones – the key steps along the way.

And step-by-step progress is the real McCoy. Despite our addiction to the dopamine fix of social media or a one-click purchase and instant delivery, the really rewarding stuff can be the hard-won stuff. It takes time and consistent effort, or, like my marathon training, has a fair share of setbacks.

In 2021, it looked like I might make it to New York that November. I managed four months of training and sustained two injuries. The borders remained closed. Christmas arrived, I did what everyone does – ate a little too well – and the extra pounds felt like the beginning of a slippery slope.

But here’s the thing, I had a goal, and I knew I could still head towards it.

By March 2022, my slow return to fitness was in progress. The journey was inconsistent and bumpy, to say the least: calf issues, knees and hips protesting, and my brain saying that, at 43, I was too old. I had enough excuses – too busy, family, work, the weather, the knees, the hips – but that’s what they were: excuses. They weren’t reasons to abandon the goal. It was time to get on with it.

Training for a Marathon is like any project. Plan, have a routine, test your kit, test your fuelling, and build the mental resilience you’ll require by logging your unsupported 19-mile training runs. Expect things to go wrong. Be ready to adapt. Have the guts to keep going.

There is no shortage of advice for the marathon novice. One piece that helped me is to break down the full distance into achievable chunks to avoid overwhelm. The first 10 km is easy. The second you’re almost halfway. The third, can’t give up now, and so on. Break the chunks smaller when it gets really tough. In other words, focus on the small goals and they will deliver the big one.

Don’t be derailed by unexpected factors. It’s generally between five and nine Celsius for the New York marathon but I faced a gruelling 23 degrees heat with 80% humidity. But that’s the weather – we can’t change it. Be meticulous with your plans but be prepared to adapt. Then show up on the start line and give it everything.

Enough people have crossed the finishing line of a marathon for us to have stopped labelling them superheroes. With enough willpower and training, pounding out those miles is something a lot of us can achieve and I don’t expect or want admiration. I got a lot out of the experience. I crossed the finish line exhausted, barely able to walk and in tears. But it was all worthwhile, and although it was my legs that covered the distance, my family were with me all the way. I also had the support of my dear friend and business partner – a multi marathoner, by the way – who played a huge part in my success, getting me though the difficult miles and being there at the finish to keep me moving forward.

The marathon journey challenged me not only in fitness but in my approach to situations. It showed me that plans need two critical features: adaptability and a clear goal.

Whatever your challenge, stick at it. When you’ve ticked it off, find a new one. And remember, it’s the journey that counts not the finish line.