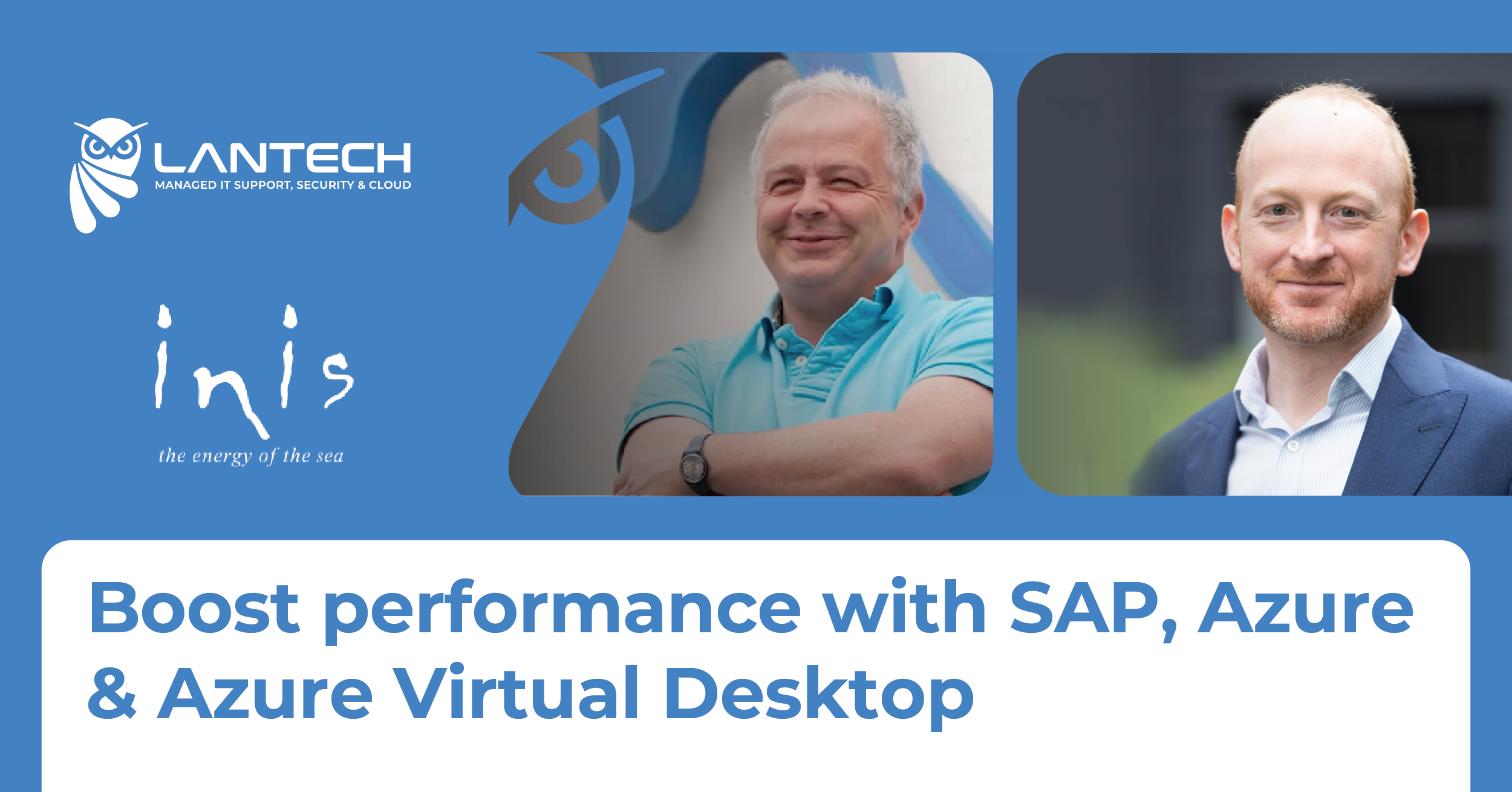 Inis is an independent boutique perfumery based in County Wicklow. Its signature collection is sold all over the globe. Over 35 years, they have grown from a tiny farmhouse-based operation to one that has employees on both sides of the Atlantic, but the SAP technology on which they relied was beginning to hold them back.

It was a typical on-premise deployment, sited – along with other critical IT infrastructure – in Co Wicklow. SAP was integral to core business operations across finance, procurement, HR and payroll and reliable access from multiple locations was vital. Unfortunately, that wasn’t being achieved.

Problems on both sides of the pond

Staff working at the Co Wicklow base were okay – kind of – but those working remotely were dealing with poor connectivity and latency. Staff in the US were routinely trying to catch up, working longer hours to maintain their productivity. Their effort was appreciated, but everyone on the team knew it wasn’t sustainable and various solutions had been proposed, including a web interface for SAP. This was quickly ruled out because some functionality would be lost.

Let’s go back to that “kind of”. The US arm of the business was struggling with connectivity, but back in Co Wicklow, things were a long way from perfect. There had been several unplanned power outages and growing concerns about a lack of IT stability. Inis had already invested in expensive generators to help reduce the risks posed by the unreliable electricity supply.

Bringing SAP into the cloud

Using our cloud-first strategy alongside our knowledge of SAP, we began to evaluate possible solutions and shortlisted two:

Then we dived into a detailed review of all elements, including security, scale, cost, complexity, management, SAP itself and its integrations. There was a clear winner. Microsoft's Azure platform, along with Azure Virtual Desktop, offered a tried and tested, reliable and efficient platform for SAP in the cloud.

The strategy developed. There was to be a complete transition of all on-premise ICT Infrastructure to the cloud. This involved migrating to Azure AD with full policy control via Microsoft Intune, SharePoint for file storage and collaboration, and the adoption of a cloud-hosted phone system that could be integrated with Microsoft Teams. Because of SAP’s integrations, we would need to work closely with third-party suppliers to ensure ongoing functionality and a smooth migration process.

We designed the Azure infrastructure and created a sandbox test environment. Our first hurdle was to lift a full copy of the existing SAP environment to Azure for testing and validation. We devised a low-impact migration from VMware hypervisor to Azure’s version which minimised the risks of corruption and data loss.

Our next step was to construct an Azure Virtual desktop environment for a selection of users. A period of testing and validation followed. Once satisfied that Azure’s architecture, SAP, and its integrations were all functioning as they should, we moved on to build the live environment. This began with new instances of Windows Server and SAP in Azure. Then we set aside a window of time for the migration of SAP data to avoid disruption both in Ireland and overseas.

As the supplier, we’re bound to say the project has been a roaring success but even the most IT-averse can see the benefits. Previously Inis was exposed to problems with their utilities and faced environmental and connectivity issues, and a lack of scalability. Now they have a highly scalable, secure and reliable cloud environment which will allow them to expand their operations and boost performance.

We asked the team to highlight some key benefits. They told us about:

Inis’s Financial Controller told us that basic reports and queries from the SAP database that used to take minutes to compile, interrupting workflow and impacting productivity across the business, now take seconds. The savings on complex reports are even greater, With the data available almost instantly, he now has the facts readily available for critical business decisions.

We call that a success.

The team at Inis agrees.